In 2022, Lakeview East gained a new resident. Standing proudly at 30 feet tall at the forefront of Lake Michigan lives a unique sculpture of one of its kind, titled Self Portrait. This sculpture was created by the iconic artist Keith Haring, who passed in 1990 due to AIDS-related complications. 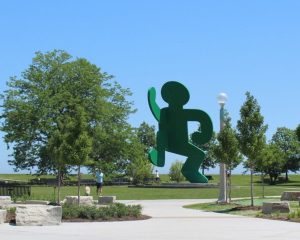 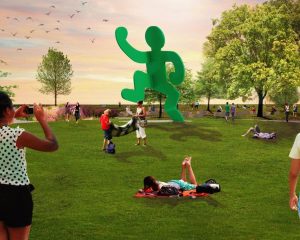 Self Portrait can be found at the AIDS Garden Chicago. The history of this location is extremely important and valuable to the city. Formally known as Belmont Rocks, Lakeviews lakefront was the destination for the LGBTQ+ community back in the 70s, 80s, and 90s. The Chicago Tribune conducted an interview with Author and historian Own Keehnen who stated, “This was LGBTQ public space,” he said. “We didn’t have a lot of areas where we could just be gay outside. The Rocks was one of them.” Due to the AIDS epidemic, a lot of history within the LGBTQ+ community got whisped away.

The Belmont Rocks, unfortunately, got demolished in the 90s when the U.S Army Corps of Engineers began major storm damage protection to the Lake Michigan shoreline. Keehnen reported,“The Rocks themselves may be gone, but this portion of the Chicago shoreline will forever remain a place of celebration, joy, and remembrance in the pre-AIDS era and throughout the darkest days of the epidemic.”

Up until 2019, the area where the Belmont Rocks once laid, became a vacant piece of land, until turning into the AIDS Garden Chicago. 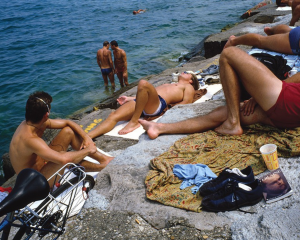 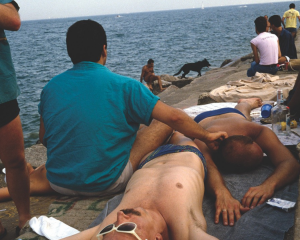 “The AIDS Garden Chicago is the city’s first public monument to memorialize the early days of Chicago’s HIV epidemic, and to honor those who continue to fight against the disease today.” Visit the AIDS Garden Chicago website to learn the property’s history in greater depth, or to make a donation.

We invite you to come take a stroll through the garden, visit the sculpture, and learn about one of the most historical landmarks in Chicago. 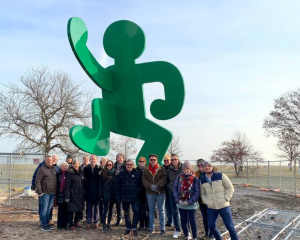 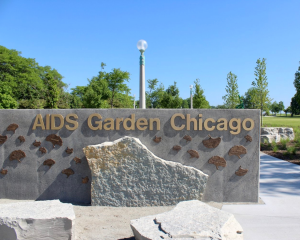