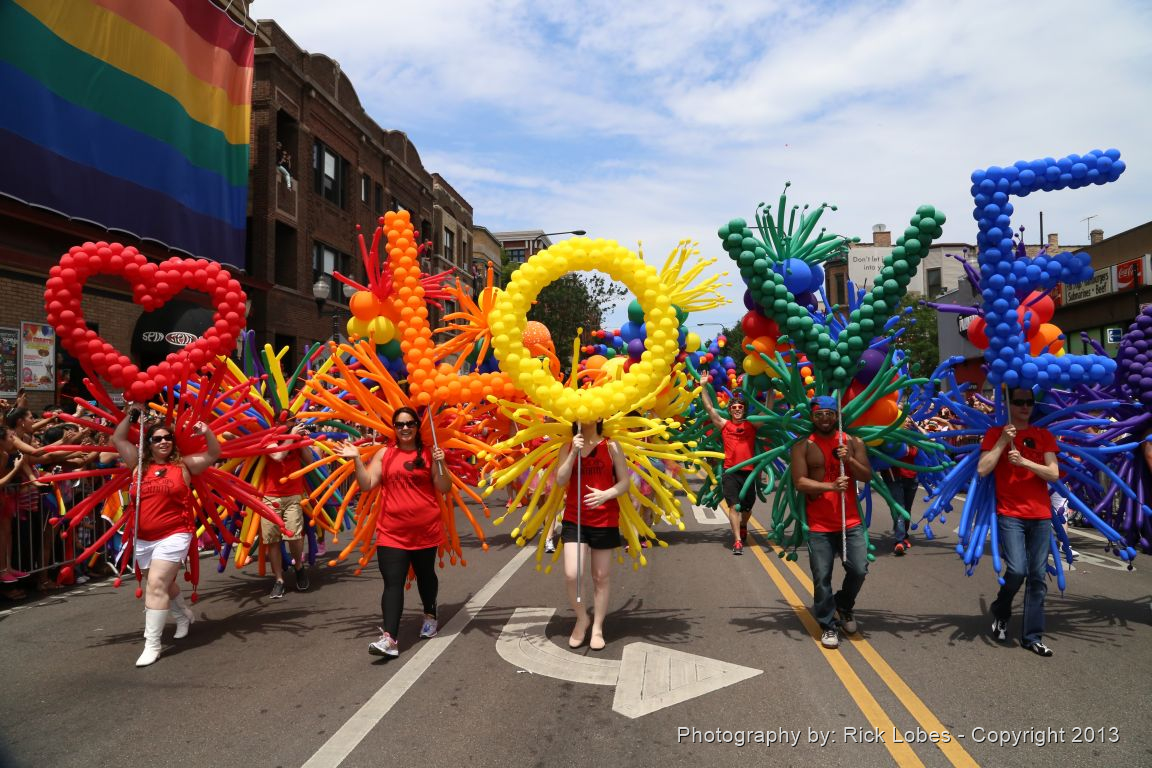 Stonewall 50: “Millions of Moments in Pride”

The 2019 Pride Parade Map is below

Where can pedestrians cross the parade route?

There are nine pedestrian cross-over intersections with police officers assigned to assist pedestrians to cross the parade route safely.

Alcohol consumption should not take place along the parade route.

The parade will have more security and a tighter rein on public alcohol consumption. In addition to the large number of police officers who staff the event, PRIDEChicago (parade coordinators) are providing a security team to supplement the police presence. Penalties include, but are not limited to, $1000+ tickets being issued and/or the immediate disposal of open containers of alcohol into trash receptacles.
Public urination is also grounds to receive a ticket.

Vehicle towing begins at 5:00 AM. Due to the volume of vehicles involved, the issuing of parking violation citations and towing will start at 5:00 AM promptly. No parking zone affects both sides of the street.

NO PARKING: Both the Assembly Area and Parade Route (listed above) will be posted with temporary signs indicating  – Both sides of the street, unless otherwise indicated.” Due to the volume of vehicles involved, the issuing of parking violation, citations, and towing will start at 5 a.m. promptly.
For updates and corrections; http://www.ChicagoPrideCalendar.org

* Please note that parking on Halsted and Belmont will be restricted until 4 a.m. Monday, July 1

TOWING: Begins at 5 am. Due to the volume of vehicles involved, the issuing of parking violation citations and towing will start at 5 am – Promptly.

CROSS STREETS: Rolling closing times. Cross streets will close as the parade travels south down the route. After stepping off at Noon, the parade will take approximately two and one-half hours to finish crossing the Broadway & Montrose corner. After this time, the floats will still be winding their way to the end of the parade route at Diversey & Sheridan. This year there will NOT be a Buffer Zone on Halsted Street after the parade ends. Police will work to re-open the streets to vehicular traffic as soon as cleaning crews are finished and the streets will not remain open to foot traffic.

Go to the CTA website for updated information concerning the train and bus routes: www.transitchicago.com.

1. Portable Restrooms – are stationed along both the parade line-up street and the parade route. Included at several locations are restrooms for the physically challenged.

2. Physically Challenged Area/Wheel chair Accessible Area/Seniors – for people who need or want more space: the sidewalks of W. Diversey Parkway (near 600 W. Diversey). Traditionally this area of the parade route has fewer spectators than other sections of the parade route. Spectators in these areas generally arrive there early on parade morning to secure their viewing spots. Included there are restrooms for the physically challenged.

3. Seniors (outdoor) – The area mentioned above in #2 (600 W. Diversey sidewalks) is a designated OUTDOOR area for seniors. Spectators in this area generally arrive there early on parade morning to secure their viewing spots. Included there are restrooms for the physically challenged.

Click below for all of the Pride Events, deals, and promotions: