Dine Out on Broadway & Sheffield

Previous Next
Dine Out on Broadway & Sheffield

We are excited to announce that this program will be returning August 7-9  and September 11-13 on Broadway and July 31 – August 2 on Sheffield.

We’re excited to be participating again in Mayor Lori Lightfoot’s “Make Way for Dining” program! 25+ restaurants and food establishments along Broadway from Belmont to Diversey will participate, and several restaurants on Sheffield north of Belmont will as well. Sidewalk patios will be extended into the street, and there will be a few tables spread out throughout Broadway for those who would like to do carry-out.

All social distancing, face covering, and other guidelines will be followed. The 36 Bus on Broadway will be rerouted (check the CTA website for updates) and Barry, Oakdale, and Briar will become two way streets.

DINE OUT ON BROADWAY DINE OUT ON SHEFFIELD 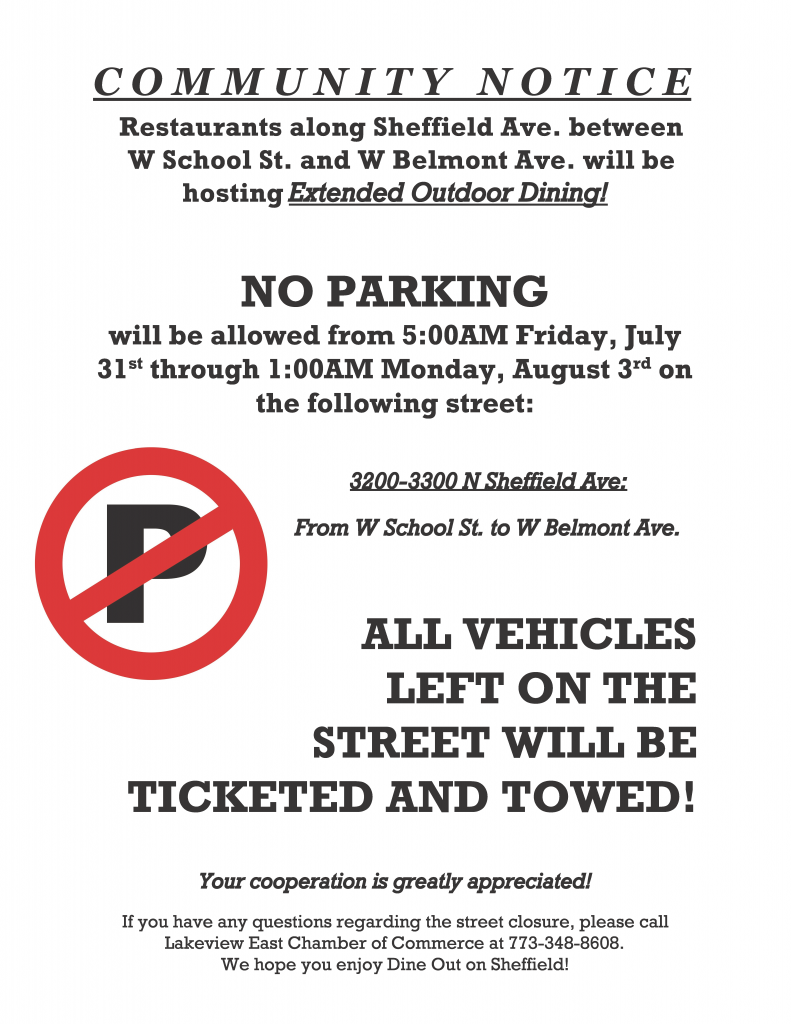 Want to see more neighborhood programs like Dine Out on Broadway/Sheffield?

Consider making a donation to the Lakeview East Chamber of Commerce!