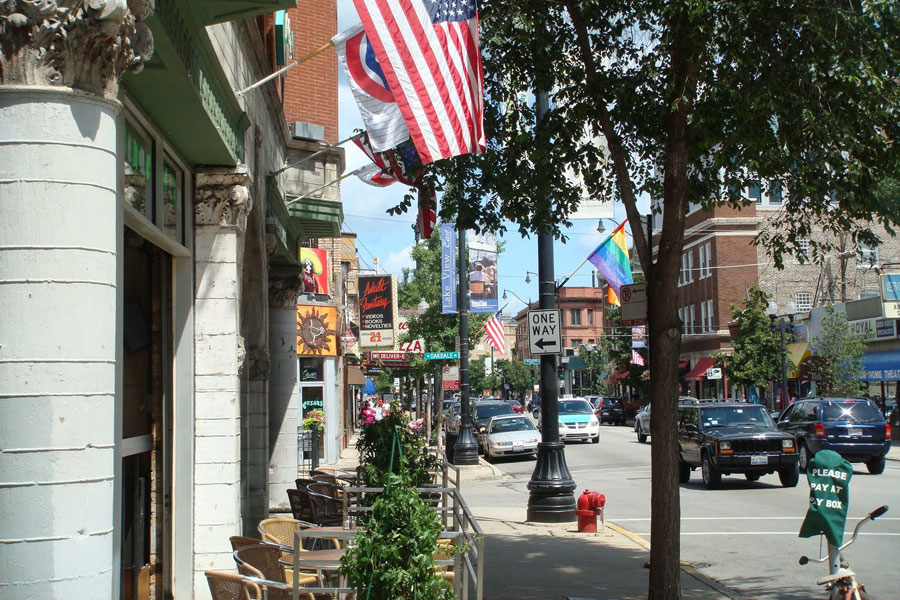 Chicago is laid out in a grid. Address numbers begin from the zero-zero point of State and Madison streets downtown. Numbers increase in all directions from that point (with eight blocks totaling one mile). Expressways are referred to by name rather than number. I-90/94, for instance, is known as the Dan Ryan south of the Eisenhower (I-290); to the north it’s called the Kennedy which you will take to/from O’Hare International Airport. I-55, the main route to/from Midway Airport is called the Stevenson. For highway information, call the Illinois Department of Transportation (IDOT) at (800) 452-4368. Also see our Parking & Permits page.

The CTA operates buses that run through the Lakeview East neighborhood approximately every 20 minutes daily, seven days a week. Routes include: 76 Diversey, 77 Belmont, 152 Addison, 36 Broadway, 22 Clark, 8 Halsted, 151 Sheridan, 156 LaSalle, 146 Marine Michigan Express. Some routes run 24 hours, every 30 minutes at night. CTA recommends riders to use the Transit cards for convenience on buses, but exact change is accepted as well.

For maps or more information call (888) 968-7282 or visit the Chicago Transit Authority website.

The Chicago Transit Authority (CTA) operates elevated (‘L’) and subway trains in the city and nearby suburbs offering quick transportation to/from the local airports and other popular Chicago attractions. There are seven different lines indicated by color. The fare for one ride is $2.25 for ages 12 and up. You can purchase CTA Transit Cards, which automatically deduct fares and transfers and can be used on trains and buses, at any CTA train station. You can make two additional trips in the next two hours for the cost of a transfer-just 25 cents is deducted from your card for the first and the next one is free. Maps are available at any CTA train station and on select buses.

Transit Maps are available at the Lakeview East Chamber of Commerce office at 3138 N. Broadway.

For maps or more information, call (888) 968-7282 or visit the Chicago Transit Authority website.

Cabs can be hailed on just about any major street in the neighborhood. Fares usually start at $3.25, run $1.80 per mile, and the rate stopped in traffic is $0.33. Taxis have an additional passenger fee of $1.00 and then $0.50 after the first passenger. There is a $2.00 surcharge for trips to and from O’Hare Airport and Midway Airport.