Expect plenty of non-stop fun. And while you’re at it, say hello to the unofficial start of Chicago’s summer street fest season!

Belmont-Sheffield Music Fest is one of the first of scores of Windy City warm weather fests. It’s a ramping up to summer which (officially) begins on June 21. This popular Memorial Day weekend party takes place on Sheffield Avenue in the bustling Lakeview neighborhood just steps from the Belmont El station.

The fest’s second (aka ‘community’) stage, located on Sheffield at Belmont, will showcase an eclectic entertainment mix that includes deejay sets, karaoke and other nifty local acts and performances. 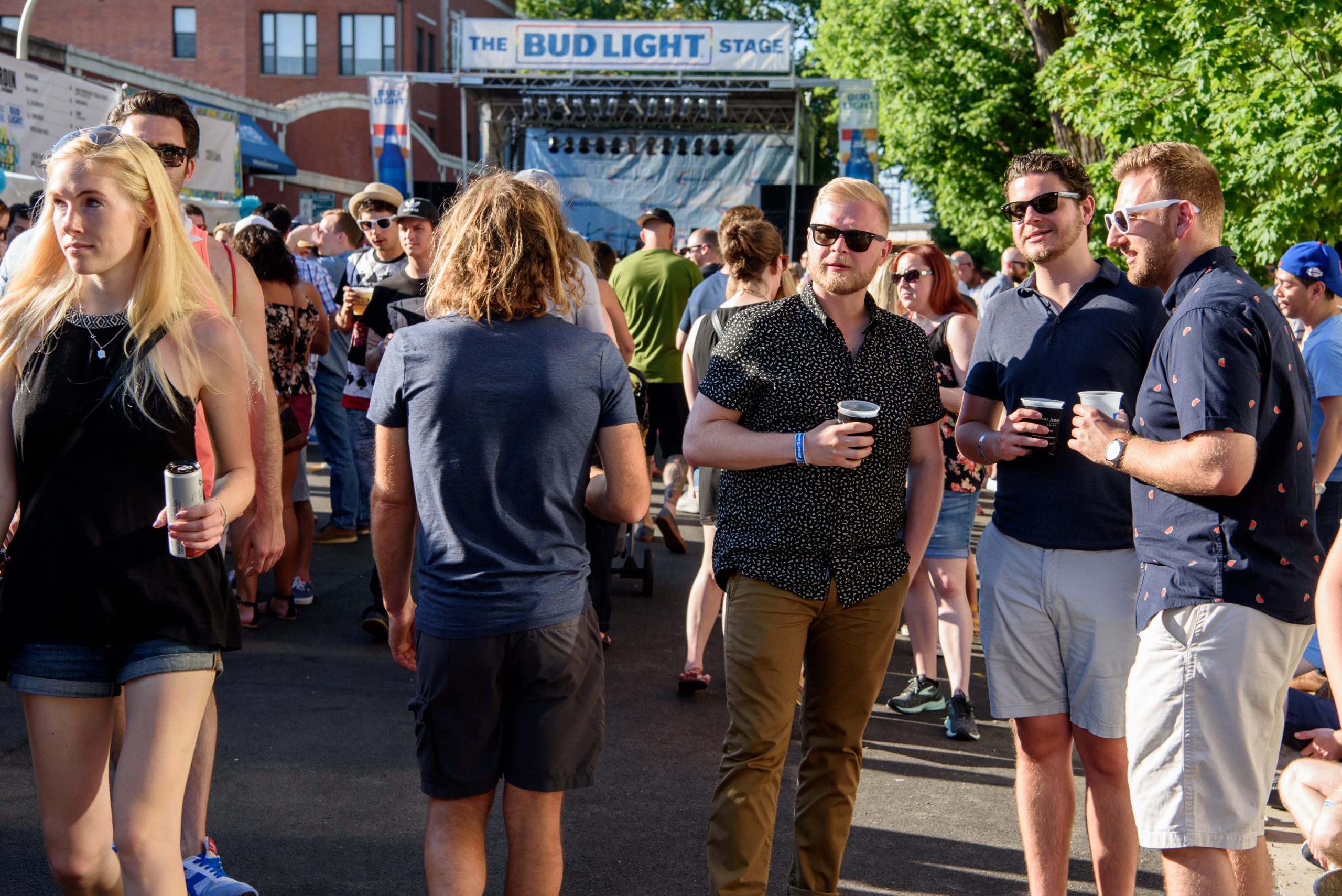 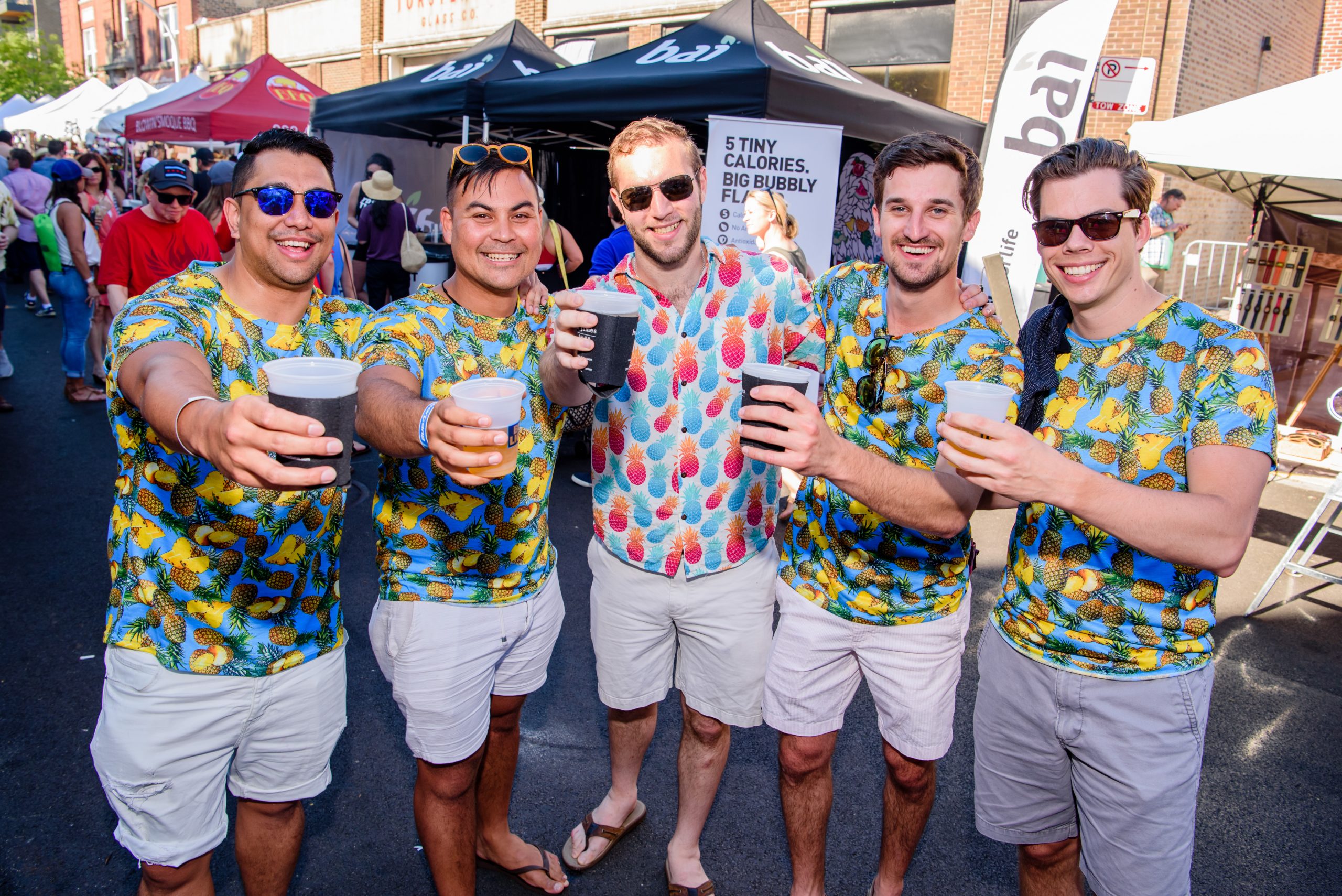 What would a street festival be without some local foodie approved favorites?

For over 25 years Sheffield’s Beer and Wine Garden has been known for pioneering the Chicago craft beer movement and more recently for it’s authentic in-house smoked BBQ. Loving the music and festivities out at the fest, swing by their beer  & BBQ tent to say hi to the Sheffield’s crew and sample our delicious food and beverages. Need an escape from the crowds, stop and stay for a bit at their Beer Garden for grab a bite or craft brew.

Wrigleyville’s Dimo Pizza is slicing up their pizzauniverse to the Belmont Sheffield Music Festival all weekend long. Dimo’s has signature slice with your name on it. It’s hard to keep up with all of the different kinds of “Za” Dimo’s has created when reinventing the cheese wheel and this weekend is your chance to get a taste. Pizza. Please.

Wrigleyville’s original country sports bar and the bama-centric bar is serving up their signature favorites as we kick off festival season. What’s better their, food or southern hospitality? You will have to make that call for yourself this weekend at Belmont Sheffield Music festival.

Bringing you all of the authentic Aussie tastes from the land down under, Barangaroos Aussie Pies is joining the festival for the first time after opening their doors this past winter. While the Aussie favorite is a mice beef witch a thick, rich gravy, Barangaroos brings together filling flavors from all around the world.

The family run food company started in 2016 by Ozkan and his wife Feyzan, who were born in Istanbul, Turkey. They moved to America after winning the lottery and after settling down in Milwaukee, Wisconsin, they started to share their homemade Turkish dishes with neighbors and friends to express their hospitality. Not only did neighbors and friends love the dishes they shared, they insisted that they should start to sell their authentic Turkish recipes. Within one month, sixty trays of homemade baklava were sold and Turkitch was born. Come taste the authenticity this weekend at the Belmont Sheffield Music Fetival.

‘Ragi’ also known as finger millet is one of the most nutritious grains on earth. Ragi is a rich source of protein and minerals with several health benefits and anti-microbial properties. The name ‘Urban Ragi’ was inspired by this grain which is used in some of our delicious healthy recipes along with other fresh, nutritious ingredients.

Turkish & Mediterranean stop for falafel, hummus & sandwiches on daily-baked bread in a cafe space. With plenty of healthy, delicious options there’s bound to be something at Zizi’s that everyone will love and enjoy!

If you thought we were stopping at two stages and two full days of performers, think again. The Belmont Sheffield Music Festival will have all of the eats, drinks, and shopping that you need to kick off summer this memorial day weekend. Take a look at out local Lakeview East Merchants that will be joining our festival and 50+ other tents of festival shops.

At Ingmar James Salon the customer is always priority number one; they demonstrate this through top-notch hairdressing, tailor-made interactions, and a warm, inviting ambiance. Their stylists are educated and experienced in all classic and current techniques, from balayage hair lightening to fashion color, precision cutting to extensions, and the latest in trendy cuts, as well as all the classics including men’s barbering. Summer is right around the corner, what better time to consult with the stylists of Ingmar James and learn more about their services at the Belmont Sheffield Music Festival.

The Colette Collection offers an eclectic mix of carefully curated clothing, bold accessories, and playful gifts that are as fun to give as they are to receive. The owner, Lauren, hand-picks styles from up-and-coming fashion brands to deliver high fashion without high prices. The boutique receives an array of new arrivals almost daily, so you’ll always discover something special and amazing on every visit.

At FFC, they know that if your health club isn’t convenient and your fitness and wellness program isn’t easy to maintain, it can become tempting to make excuses. They’re upscale, not stuck up. Walk into any FFC and you’ll find a friendly community in a well-appointed environment. Joining us at the Belmont Sheffield Music Festival, FFC is ready to meet you this weekend.

Room 13 at the Old Chicago Inn

Located in the garden level of the Old Chicago Inn, Room 13 is the Inn’s very own private Prohibition-era inspired speakeasy & members club. Their resident bartender serves up classic cocktails, using recipes and ingredients that hearken from the Jazz Age and earlier. Stop by their drink tent this weekend to learn more about this underground experience.

At Knecht Chiropractic patients always come first. They strive to provide quality chiropractic care, education and superb service to all who visit our clinic. Their mission is to serve the greater Chicago community with the highest quality chiropractic care so that they may reach their full human potential. We encourage our patients to help us by participating in this most important and noble mission.

Set with the backdrop of a tropical paradise, Trader Todd’s has been a staple spot in Wrigleyville for folks to enjoy good food, good people, and good times for over 20 years now. Inspired by the Florida Keys, our menu is an eclectic mix of bar favorites and island-style grub. They have a reputation for karaoke, as well, which started out as a whim one day and has since morphed into seven nights a week of musical joy.  Stop by their tent at the festival for a drink or their restaurant for a sit-down dining experience, an evening of karaoke, and a chance to win 2 Ariana Grande Sweetener Tour Tickets and other fun prizes!