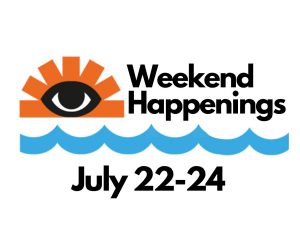 The weather isn’t the only thing heating up this July. This weekend go enjoy some music, catch a drag show, and get spooked at a horror fest! Check out what we got going on in the area this weekend.

Are any horror fans out there craving a little taste of Halloween? Well, this weekend, our very own Japanese Cultural Center is hosting Horror Fest at The Logan Theatre! Watch classic Japanese horror hits with VIP parties that include talks, drinks with Suntory, partnership with horror-themed coffee shop The Brewed, and a themed photo booth Japanese horror fans would die for.

$25 for the night (one night of films without pre-party)

$80 for the whole weekend of films and parties

The Horror Fest kicks off with screenings of Ju-On and Ringu, two horror films whose storylines and aesthetics have substantial influence in both Japan and the United States. Between film screenings, there will host a presentation and Q&A facilitated by Anna Duong-Topp, a former researcher of Japanese religions from the University of Chicago. Anna will present on the history of hair and horror in Japan, contextualizing these themes with images of evil from Ju-On and Ringu.

Retro Horror that Shaped the Field

Day two takes us back decades to view some staple films that shaped the image of Japanese horror drawing upon tradition and innovation! Talks explore the importance of these films and their fascinating history!

Don’t miss out on this weekend of horror excitement! It’s going to be so fun, its scary! 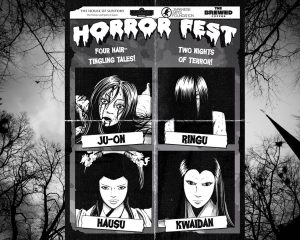 Ready to flip out? This Saturday, Ritual Hot Yoga is hosting an inversion workshop from 2 – 3:30 pm. This all-levels workshop will explore supported headstands, tripod headstands, forearmstands, handstands, and even chinstands! Yogi Nicole will slowly guide you through the motions and she will coach you on how to safely achieve these poses. Expand your horizons and push your limits this weekend! 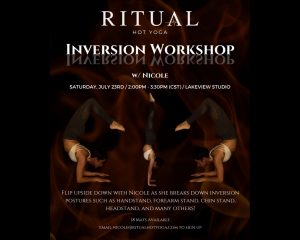 There is only One Direction you should take this Saturday. Whether you’re a New Kid on the Block, or you’ve been NSYNC with the Wrigleyville scene for a while now, Deuce’s wants to invite you to their Boy Band and Mimosa Party! From noon to 3 pm, sip on 6 different flavors of mimosas and turn up to all your favorite boy bands. This event is going to be a blast, This I Can Promise You.

Tickets are available to purchase here. 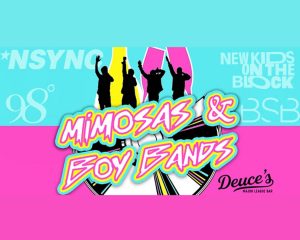 WOW! The Metro has been open and hosting memorable shows for FOUR decades now! Most Chicagoans can recall a time they went to a show at The Metro and left craving more. The same goes for all the night owls who tore up the dancefloor underground at Smartbar. Pay tribute to our Wrigley venues this Friday and Saturday night as they celebrate their 40th anniversary!

Singer/songwriter Chris Stapleton is coming to Chicago this Saturday for his All American Road Tour! Country fans will fill the stadium in celebration, enjoying historic Wrigley field. Special guests for the evening include The Highwomen, Mavis Staples and The Dirty Knobs with Mike Campbell. Gates open at 4 pm! 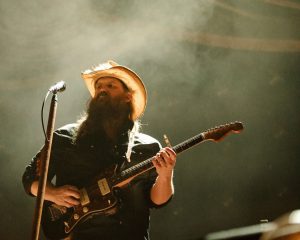 There’s a new ice cream shop in town! Welcome CRMD to the community! All the way from Columbus Ohio, this is the first CRMD location to open up in Illinois. Famous for serving ice cream cones with puffles, CRMD is really one of a kind. What is a puffle you may ask? A puffle is an egg-based waffle, popular in Hong Kong and Macau, light and puffy, and pairs great with ice cream. Join us for the ribbon-cutting ceremony at 2 pm this Friday. The first 80-100 customers get free shirts! They will be closing at midnight both Friday and Saturday, and at 10 pm on Sunday. There will also be some dairy-free options available! 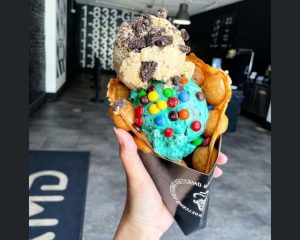 Get In The Kitchen

If you haven’t taken a cooking class at Get In The Kitchen yet, now is the time to do so! No, don’t worry, there not closing. Just temporarily closing for a few months to reenvision their space, and they will be back and better than ever. Now until August 1st, stop in and get 45% off all things retail, and 10% off all wines! Take advantage of these amazing discounted items.

Get taught how to make pizza dough, and choose from a large variety of toppings. Then, enjoy drag queen karaoke! Starting at 7 pm and priced at $55 per person. Click here for tickets.

Jason will help you create pasta from scratch so you can make homemade Fettuccine! He will show you how to make his amazing Vodka Turkey Bolognese and Spinach Walnut Pesto Sauces as well! Then stay for our drag show hosted by Ginger Ambrosia! Starting at 7 pm and priced at $75 per person. Click here for tickets. 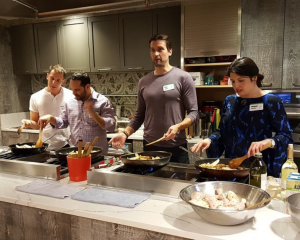 There is always music in the air during weekends in Wrigley. This is where you can go to jam out and dance like no one is watching.

The Cubby Bear: Friday night head over to The Cubby Bear to jam out to Apollo Selene live! Doors are at 8 pm and the music starts at 9!

HVAC Pub: Friday night, DJ Anto will be spinning live from 10 pm to 1 am. Arrive early and grab some of HVAC’s fresh-baked pizza!

Smoke Daddy: Friday evening at 6 pm Claudia Hatch will be playing at Smoke Daddy! Saturday, pregame for Chris Stapleton at 11:00 am with artist Breezy Rodeo.

Moe’s Cantina: Every Friday, Moe’s hosts Rumba Fridays! From 9 pm-2 am, V5 Group DJs light up the night with Latin, the top 40 playlist and more. 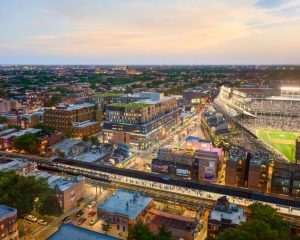 Where to Catch Some Drag

Sidetrack: Sidetrack is also hosting a viewing party for Drag Race All Stars on Friday! Watch on their dozens of HD TVs and win prizes from hosts Alex Kay and Zamora Love starting at 7 pm. As always, no cover! It’s Sidetrack!

The River: Drag brunch goes down every Sunday at The River. $60 bottomless packages include family-style brunch, mimosas, bloody marys, domestic drafts, and mixed drinks! Seating times are at 11 am, 1 pm, and 3 pm, book your reso online! 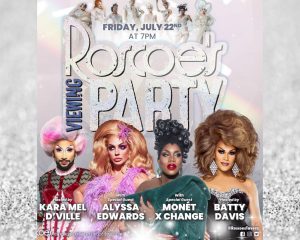