Weekend Happenings May 6 – May 8

Previous Next
Weekend Happenings May 6 – May 8 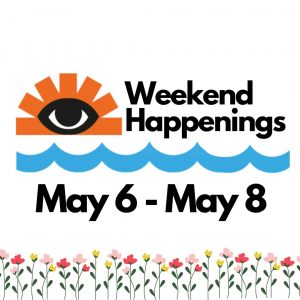 We hope everyone had a great Cinco De Mayo! Mother’s Day is this Sunday, check out our Mother’s Day Gift Guide if you’re still looking for that perfect gift to wow mom. Otherwise, this weekend we have a lot of live music and other great events going on in the area. Check it out!

This Saturday is the 148th anniversary of America’s most famous race, The Kentucky Derby! Celebrate Chicago style, and check out our list of Kentucky Derby Parties in the area.

Jam Out at Cubby Bear

Friday: The Red Roses “The Red Roses are a Chicago-based 5-piece band that performs the alternative and indie hits that Millennials grew up on. Angular guitars, buzzy synths, sweaty beats, and soaring vocals, all brought to the stage with edgy passion and authenticity.” Covering hits by artists like The Strokes, MGMT, The Black Keys, and Tame Impala, they are sure to play at LEAST one of your favorite alternative hits. Tickets are only $7 and are available here!

Saturday: The Saturday June Band All members of The Saturday June Band have been playing and performing publically for years, especially in Chicago! They play a variety of rock music, from covers to original music. They’re always a blast to see live, so don’t miss your chance! Tickets are only $7 and are available here.

Sunday: Rock and Roll Playhouse, The Beatles for Kids “The Rock and Roll Playhouse is the largest national kid-friendly live concert series having performed to hundreds of thousands of kids and their families. Performing songs created by the most iconic musicians in rock history, The Rock and Roll Playhouse band offers its core audience of families with children aged 1-7, games, movement, stories and most importantly an opportunity to rock out. It allows parents to enjoy the music they love while little fans are encouraged to explore their creativity and have fun!” Come sing along to all your favorite Beatles songs and teach your little one about the classics. Tickets are $15 each and are available here. 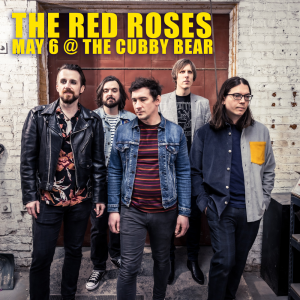 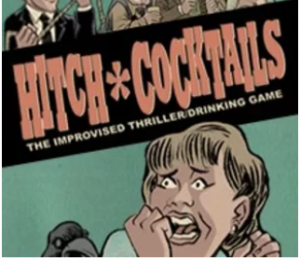 Get Your Laughs Out

The Annoyance theater provides attendees with original hilarious performances, unlike any other comedy club in Chicago. They have a rotating list of fresh showcases, with comedians who all share one common goal: to get you to laugh.

Their weekends are always stacked with shows. This Friday night, we encourage you to check out Hitch Cocktails, a show that has been running on and off in Chicago since 2012. “There could be murder, car chases, gun play, beautiful women, exciting music and drinks _ plenty of drinks. Since this is high class crime, the stage is complete with a wet bar and the actors will be forced to partake as the plot develops. By the end of the show, you might not be able to stand the suspense and the actors might not be able to stand at all. The show will also feature live music and a few parlor games so the audience may join in on the refreshments.” It’s hard to find a better way to start your weekend than with live comedy and refreshing cocktails.

Tickets are $20 each, and are available here.

If you can’t make it to the Friday show, check out their FULL schedule of shows here.

Cuddle Bunny invites yogis of all levels to join in on Saturday morning yoga, led by instructor Kathy Wild and accompanied by adorable bunnies. Taking place from 9 am – 10 am, destress from the long week and get your bunny yoga on.

It’s $20 per person, and tickets are available here. 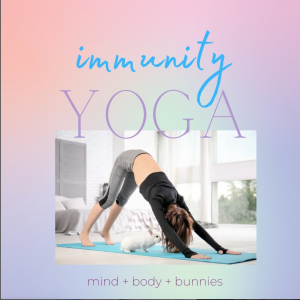 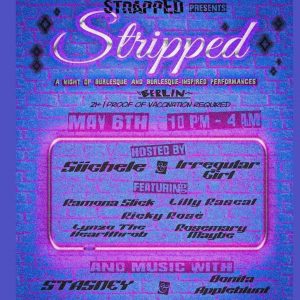 Berlin Nightclub is proud to present STRIPPED: A Night of Burlesque and Burlesque Inspired Performances. From 10 pm – 4 am, enjoy several performances by Chicago artists, and music by live DJs. There will also be a sex toy giveaway, sponsored by Early2Bed.

Attendees must be fully vaccinated, and tickets must be bought in advance.

All You Can Eat Standup Showcase

Treat mom to some live comedy this Mothers Day! On Sunday evening, The Laugh Factory presents All You Can Eat Standup Showcase, featuring the biggest and best comedians from all around who are wildly passionate about food.

The comedian lineup for the night consists of Derek Strong, Jess Martinez, Jeremy Drazner, and a surprise special guest. The show begins at 9 pm, and there is a two-drink minimum required (can be non-alcoholic or alcoholic beverage). 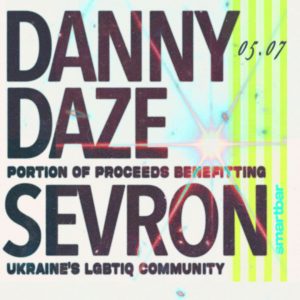 The original founders of Smartbar’s legendary Hugo Ball monthly resident series, Eris Drew and Sevron, reunite behind the decks one night only for a charitable cause.

On Saturday night, these two legendary Chicago artists are hosting a party at Smartbar, selling tickets for $10, and all proceeds go towards OutRight, a charity supporting Ukraine’s LGBTQ community. Both artists are playing extended sets, so you can dance the entire night away.

The Coffee and Tea Exchange

In 1975, The Coffee & Tea Exchange opened its doors in a small storefront in East Lakeview. Selling coffee and tea from around the world, The Coffee and Tea Exchange is a Lakeview East staple. Every month, they feature a new list of themed lattes, and May is Mario Party themed!

The Mario consists of chocolate Milano and cranberry.

The Luigi consists of white chocolate and Creme de Menthe

The Bowser is made with prickly pear, toasted marshmallow, and jalapeno

The Peach is made with shortbread, peach, and sugar cinnamon

The Yoshi is made with pistachio and apple

The Toad is made with coconut, banana, and cherry 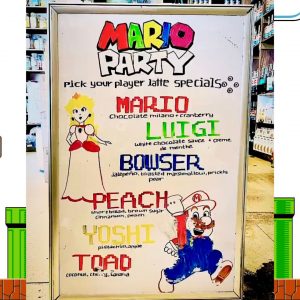 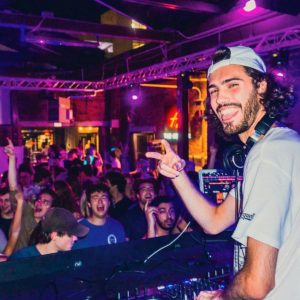 Looking for post Cubs games plans? HVAC has you covered. DJ GOOSE will be spinning live starting at 10 pm. “Known for unique mashups and seamless transitions, DJ GOOSE brings unparalleled creativity to the dance floor. Raised by musician parents, Anthony Gosling was exposed to a wide variety of music from an early age. In college, he picked up DJing and has quickly become a rising talent in the Midwest. ”

No tickets are necessary! See you on the dance floor.

Future Events Worth Planning Ahead For:

All You Can Eat Crawfish Boil, Saturday May 14th

Pup Prom on Sunday, May 15th